Via del Corso is one of the main streets in the historic center of Florence. The street has various fashion stores, stalls, restaurants, cafes, ice cream parlors, and more. Streets and alleys lead out to historical buildings next to luxury brand stores.

Every ancient building tells a fascinating story as it allows you to leisurely wander through the alleys and learns about the history of the area. And for shopping purposes, spend a little more time on the street the offer is vast.

The street runs from east to west, and its starting point begins at the triumphal arch of Piazza della Repubblica. The road is studded with tall remains of ancient buildings, which were used as a shelter or attack if they saw unwanted visitors approaching them.

On the street coming off Via Sant’Elisabetta, you can see the Hotel Brunelleschi, boasting a tall called the “Torra del Paliazza” (Straw Tower), named after the straw bunks used by the male and female prisoners. Along the way, you will reach the La Chiesa di Dante (“Dante’s Church”), named after a poet who composed the “Divine Comedy” and met the love of his life in the church, whose grave lies in the same church.

Shopping and dining in Via del Corso

Via del Corso offers a vast variety of clothes, shoes, bags, and cosmetics stores at different levels of luxury and prices. The street is also lined with Tuscan cafes, restaurants, and ice cream parlors, most of them of an excellent standard, apart from a few tourist traps that are a shame to waste money on.

Shops, restaurants, and cafes are located on the side streets of Via del Corso, so allow yourself to “get lost” while wandering through it. You will find yourself in front of a luxury boutique or a surprising restaurant. 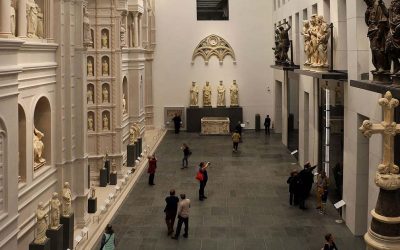 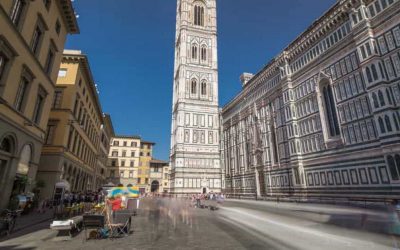