The Museum of Cultures of Milan - Modec

Museum of Cultures of Milan – Mudec

Milan is considered a diverse city that accurately and pleasantly combines history and ancient buildings with art and innovation and is therefore especially loved by lovers of culture and art, amateur architects, and anyone who likes their vacation with an urban flavor. Among these, you will of course also find quite a few tourists from the Holy Land, including families with children, loving couples, and groups of all ages.

Among the many attractions and fun activities that Milan offers in the cultural field, you will find quite a few museums – those dedicated to art, science, and nature museums, history museums, and, of course, quite a few buildings that are also a museum in their own right and tell the fascinating story of one of the most special cities in Europe.

One of the most recommended museums to visit is the Museum of Cultures of Milan, which is considered a particularly popular museum among tourists visiting the city and annually attracts crowds of tourists from all over the world – quite a good job considering that it is a museum whose one of its goals is the interdisciplinary study of world cultures and the disclosure of its findings.

The Museum of Cultures of Milan is indeed considered a major tourist site, but it is one of the (relatively) new places among the centers of interest in the city and it opened to the general public less than a decade ago, in 2014, but every year it attracts more and more visitors.

One of the things that make it popular is the changing exhibitions that are hosted there and various official events that are held within its walls.

Among the collections and pieces of art that can be seen there, there are quite a few that belong to the municipality of Milan and private collections, including about 7000 works of art and various objects from everyday life designed to emphasize cultural richness.

Among these, you will find, for example, a fascinating part in which musical instruments from the different continents bring to light the cultural differences, human wealth, and our uniqueness as a breathing and diverse social mosaic.

In addition to these, there are also archaeological items (mainly from the 19th century AD) and ethnographic studies. 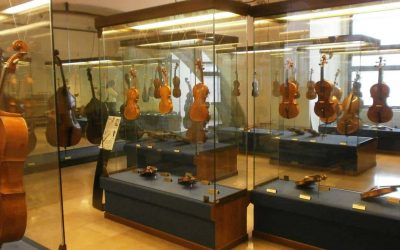 A fascinating museum where you will meet musical instruments from different periods of history, from the 15th century AD to the present day