If they tell you about a place full of canals in Italy, you’ll probably think of Venice. But there are also canals in Milan, one district has earned the nickname “the canal district,” and this is the Navigli neighborhood, which is worth a few hours of your time in Milan.

The Navigli district is relatively close to the city’s historic center, a kilometer away, so it can easily reach on foot from its more touristy parts. The section will have a selection of galleries, stylish cafes, antique shops, and several other historical sites. The atmosphere in the place is quiet and pleasant and not as crowded as in the city center, which makes the visit enjoyable and one that can be a respite from the crowds of tourists and people.

There are two canals in the neighborhood. One of is Navigli Grande. It was built in the 12th century and is about 50 km long. It was used as a route for the transfer of goods, brought all the materials and the marble used to build the impressive buildings that make Milan what it is. During the summer months, you can sail in the canal, admire the area’s beauty, and feel A bit like Venice. You can also watch the sunset in the canal area. It’s a wonderful sight.

From there, you can continue to the church of Sant Eustorgio (Basilica Sant Eustorgio), which was built in the fourth century AD and is one of the oldest in Milan. It is impressive inside and out, so if you have time, you shouldn’t miss a visit to the church. Another remarkable church in the Nabili district is the Basilica di San Lorenzo. It was also built in the fourth century and it has been renovated and  still retains the Byzantine elements. This is an impressive architectural work that fans of the genre will not want to miss.

Apart from the historical sites, several successful galleries are scattered throughout the district. The reputable galleries present not only well-known and respected artists but also give a platform to young and promising artists.

You can go on a beer tasting tour that departs from Porte Genova train station. Don’t like beer? You can always go into a cafe and enjoy a fine aperitif, according to the best local tradition.

There are quite a few good options in the food sector in the district, but it has made a name for itself mainly thanks to the excellent seafood served there. 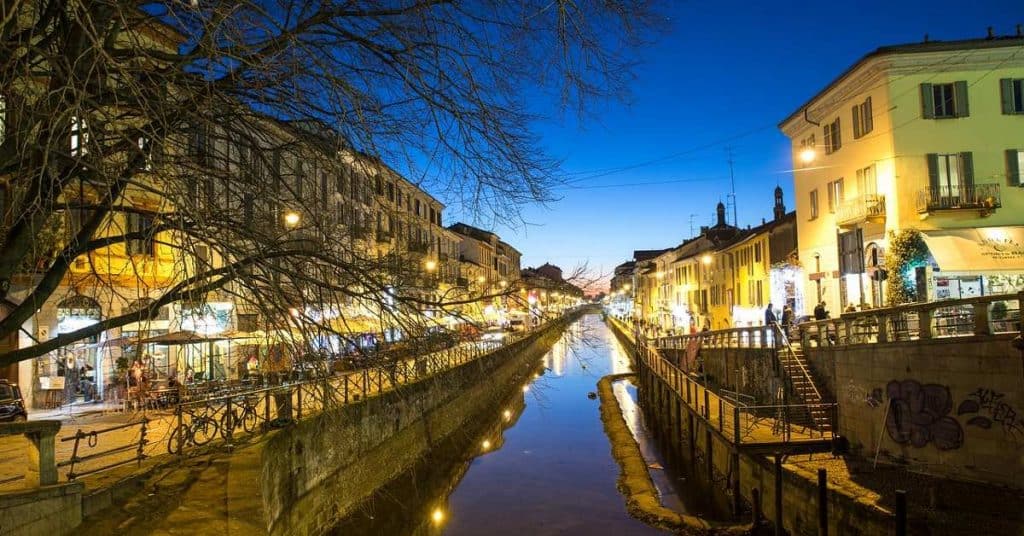