Naples is a city with a rich history. It was founded in the seventh century B.C. with the name Naples. This name has a Greek sound because the town was founded by the Greeks, who ruled the area at the time and archaeological remains. After the Greeks came the Romans, and there were many more until modern Italy was founded. But the authorities and rulers of all the periods left souvenirs, archaeological items, and treasures. They are displayed in the Archaeological Museum of Naples.

The museum displays works from the Greek, Roman, and Renaissance periods and is considered one of the most important archeology museums in the world. The place is highly recommended even for those not interested in archeology and history. The exhibits there are fascinating enough to interest even those not knowledgeable in the field.

Most of the items on display are treasures, mosaics, and relics from the cities of Pompeii and Herculaneum. Prosperous towns that had a promising future until the Vesuvius volcano interfered with the plans and wiped them out entirely in 79 A.D.

The building that houses the museum was built in the 17th century as a residence for the Royal Cavalry. After that, it was converted into a university and became a museum in the 19th century. When they were looking for a place to store and display all the Italians’ historical treasures.

The museum is spread over three floors and has about a hundred rooms. The division is as follows:

The museum’s most famous and impressive mosaic is the Battle of Issus. The battle in which Alexander the Great fought against the Persian king Dervish III.

The Secret Room is an exciting part of the Archaeological Museum of Naples. The permissive and open Roman culture left behind many works that best describe eroticism. Of course, the Roman spirit did not remain forever. When these works were exposed, they were already considered an abomination and hidden in a side room. In 200 AD, the room was opened to the public. You can find works with a homosexual tone, sculptures of genitals, and sculptures depicting a relationship between a mythological figure and a goat. The secret room is open to visitors, but only for adults, and the entrance is extra.

The museum is open every day from 9:00 a.m. to 7:30 p.m. Tickets can be purchased at the box office or pre-ordered on the website. The price of a ticket is 15 euros. 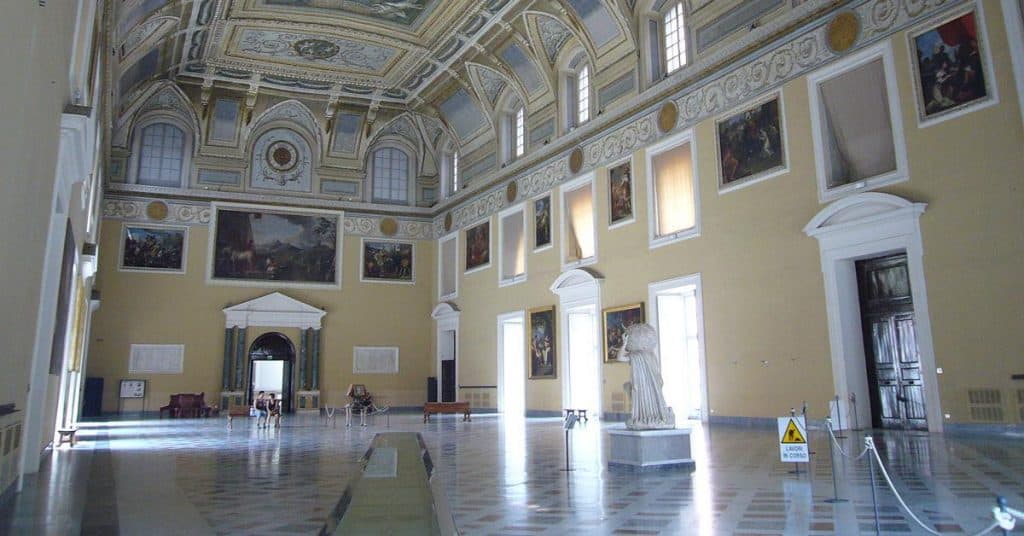