The Fort of Santangelo, or as it is known as “Hadrian’s Tomb,” is a large castle located on the banks of the Roman Tiber River, very close to the Vatican. Over the years, the fort changed between several designations. It was used as a fortress, prison, residence for the Pope, tomb, and now as a national museum.

The unique history of the place makes it one of the most exciting tourist sites in Rome, which contains some of the most interesting points of interest in the world. By visiting the place, you can experience and learn about the different periods of the city, in addition to observing its picturesque and breathtaking views.

A bit of history – the construction of Castel Sant’Angelo began in 135, under the command of the Roman ruler Hadrian. Hadrian asked to build a museum (burial hall) in his honor and in honor of his family. The construction was finished in about 4 years and turned into a military structure for defense and combat.

70 years later, the fort became part of the Aurelian Walls, built around the city for its protection. In 590, while a devastating plague ravaged Rome, Pope Gregory I experienced a vision of angels atop the castle, a concept that foretold the end of the epidemic. An impressive angel statue was built at the court’s top to commemorate it.

700 years later, an addition was made to the castle – a long and fortified passage that connected it with the Vatican and still exists today (Il passetto). The goal was to allow the incumbent Pope to flee to a place of refuge in times of danger.

What to see – Many visitors choose not to enter the fort and are content to take pictures from the outside. If you have time, it is recommended to wander around the place, which contains much of Roman history. Fort Santangelo is huge and divided into 5 floors. It contains burial chambers (ashes), prison cells where various historical figures were imprisoned, and luxurious rooms for the Pope’s residence.

The rooms have preserved impressive Renaissance paintings and ancient weapons collections. The castle also has many battles remains. Children who visit the place will be delighted to discover the antique cannons and shells. Scattered around the court are many information signs and good explanations about the site’s history, and you should read them to understand precisely what you are seeing.

The castle’s top floor is a vast terrace and is the icing on the cake. You can observe the beautiful city and take pastoral photos of the entire area from 360 degrees. Extra caution must be taken, and you should come with comfortable shoes, as some passages inside the castle are slippery.

How to get there – Fort Santangelo is accessible and easy to reach by all means of transportation in the city. The fortress can be reached by walking a few minutes from Piazza Navona or Piazza San Pietro.

Tickets – the price of a regular entrance ticket to the site is 15 euros. Holders of European citizenship aged 18-24 have discounted access at 7 euros. This is a relatively less popular tourist destination, so unlike many tourist sites in Rome, the waiting lines at the entrance are not particularly long. Therefore, there is no problem in purchasing the entrance ticket upon arrival at the fortress.

When to arrive – the fort’s opening hours are Tuesday through Saturday, 9:00-19:30. The recommended time to come is towards sunset, so the views from the place are particularly colorful and spectacular. 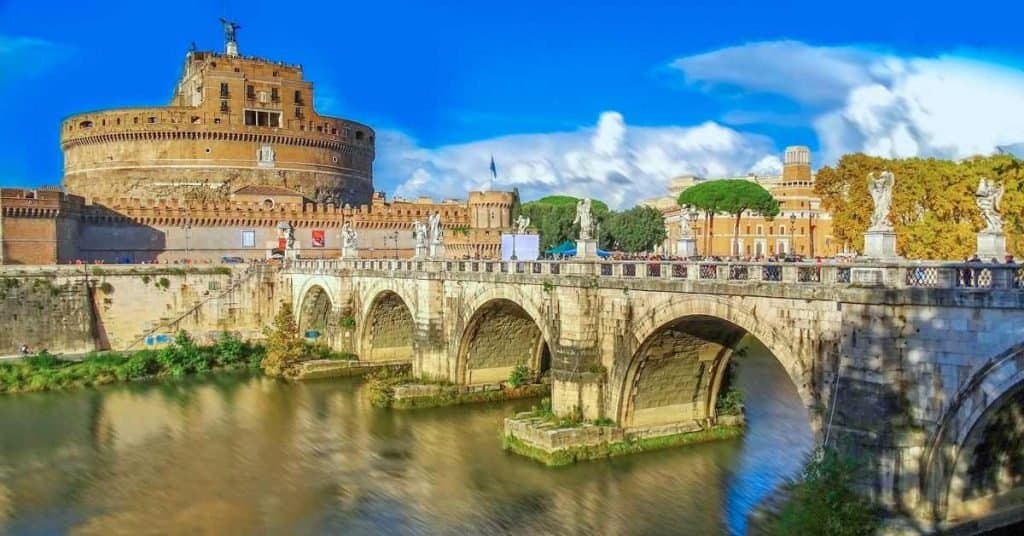