Rome is known as a city of culture and as such it attracts many tourists from all over the world who want to enjoy the abundance of sites and attractions it offers to its visitors including quite a few museums, historical sites, festivals, and street exhibitions. Among all of these, you will also find the Barberini Museum which is considered one of the most popular and favorite tourist centers in the city.

The Barberini Museum is a museum located within the walls of the Barberini Palace, an impressive-looking palace located near the main square, Piazza Barberini, in Rome. This palace was built for Urbanus VIII who served as Pope during the 17th century AD.

It is one of two palaces where the Italian National Gallery of Ancient Art displays its collection, and if you also visit the Corsini Palace, you can get an impression of the entire collection.

Please note that the entrance ticket to the palace also includes a tour of the Corsini Gallery!

This collection is considered one of the most valuable and important art collections in the land of the boot and includes the works of the greatest artists of the Italian nation such as the portrait of Henry VIII by the Renaissance painter Hans Holbein. The baker’s daughter “La Fornarina” by the renowned artist and architect Raphael. The famous oil painting by Caravaggio painted “Juditta and Holofernes” (Giuditta e Oloferne) in which Judith cuts off the head of Holofernes in order to save Israel from foreign slavery.

In addition to the impressive collection and unique pieces of art, you can also admire the beautiful palace building, which is built in the Baroque style. It was considered one of the most spectacular buildings in the city in its own right. This palace which was built at the beginning of the 17th century was designed by the architect Carlo Maderno. It includes design elements and beautiful decorations typical of that period.

If your visit is limited in time and you don’t know where to start, here are some places you don’t want to miss (in addition to those mentioned above):

On your way out and before you leave the palace grounds, don’t forget to visit the charming secret garden (Giardino Segreto) and take another look at the impressive facade of the magnificent palace. 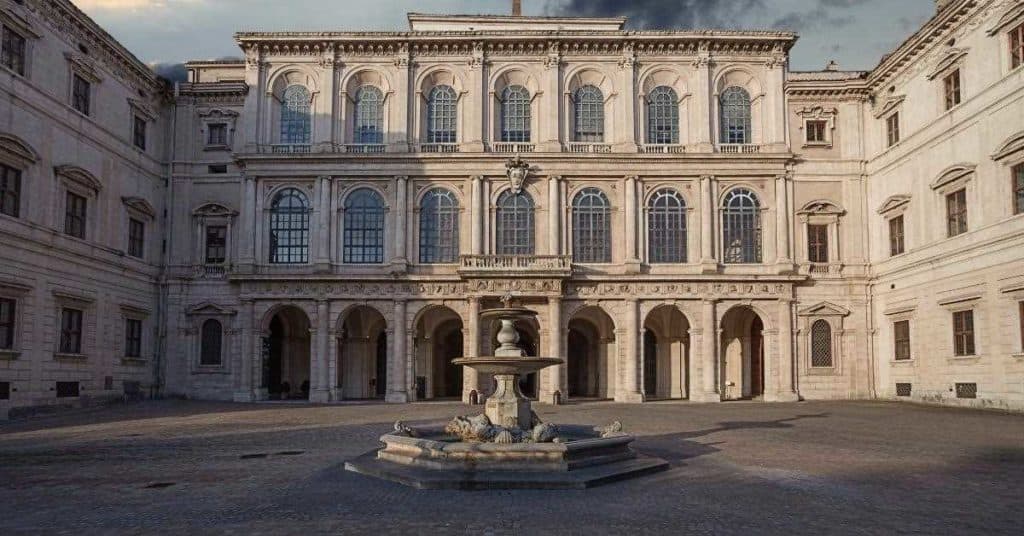