Trattoria Peru di Cavallo is an old restaurant existed since 1944 in Italy. The entire continent went up in flames, and who even thought of serving food? So that’s it, precisely because of that war, this restaurant was built.

More precisely, the person who opened the restaurant and the father of the current owner, Jessop Simina. The father became unemployed after the factory he worked in was destroyed by shelling. Unemployment drove him a little crazy, so he started working as a waiter in a restaurant.

But the money wasn’t enough, so he had to give shifts in the kitchen and cook – and the rest is history. By the way, and it’s important to note that at that time, cooking was more about improvising food than there is – and there wasn’t much: sardine patties, beans and vegetables, and all the other foods that fit neatly into the category of “poor people’s food.”

Since then, many things have happened in Italy in general and at the Pro di Cavallo restaurant in particular, but these dishes, which are not exactly the most sophisticated cooking with the most expensive ingredients, have remained on the menu. Not only did they stay on the menu, but they also became the flagship dishes. Because poor people’s food, what to do, is somehow the most delicious.

Today, the restaurant uses much higher-quality ingredients. The menu has also expanded to include some more Sicilian classics, such as pasta con la Sarda (pasta with sardines, pine nuts, raisins, and other things that sound unrelated but make an excellent dish at the end). There is also fried seafood, fried sardines, and pasta. The portions are generous, and the prices are incredibly reasonable, so diners get good value for money.

The restaurant is open every day of the week except Sundays. Lunch is served between 12:00 and 15:30. On Wednesdays, Thursdays, and Fridays, the place is also available in the evening – between 19:30 and 23:00. It is recommended to come and eat as soon as the doors open. Those who take their time and come after me may find themselves waiting in a particularly long line. 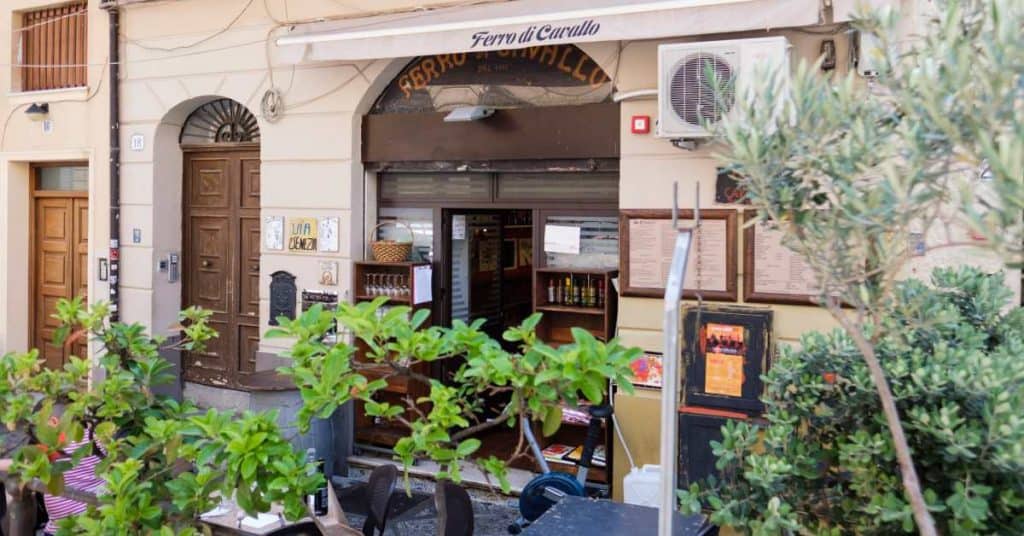 A restaurant with a special atmosphere, which is also a bistro, a cafe, and a delicatessen