Who among us doesn’t dream of visiting a picturesque place with snow-capped peaks and a blue river, a special place detached from the ordinary? The beautiful Torino is a “hidden” destination that is not yet known and exposed enough to the Israeli public, but those looking for the real Europe, the ski resorts, the thriving culture, the history and the pleasant weather already know very well that it is worth flying to Torino as soon as possible.

Torino is the capital of the Piedmont region located in the northern tip of Italy. It is located near the slopes of the Italian Alps, on the banks of the Po River. It is the fourth largest city in Italy and is characterized by a strong and prosperous industrial and economic cultural center, nearby ski resorts in the Alps, museums , excellent restaurants , shops, theater, opera and atmosphere. Those looking for additional justifications to come here should know that this is the home of the Juventus soccer team, the car manufacturers Fiat and Alfa Romeo, the Shrouds of Torino, considered a wonder in the Catholic world, and the best-preserved architecture from the Baroque, Rococo, Art Nouveau, and Neoclassical periods. 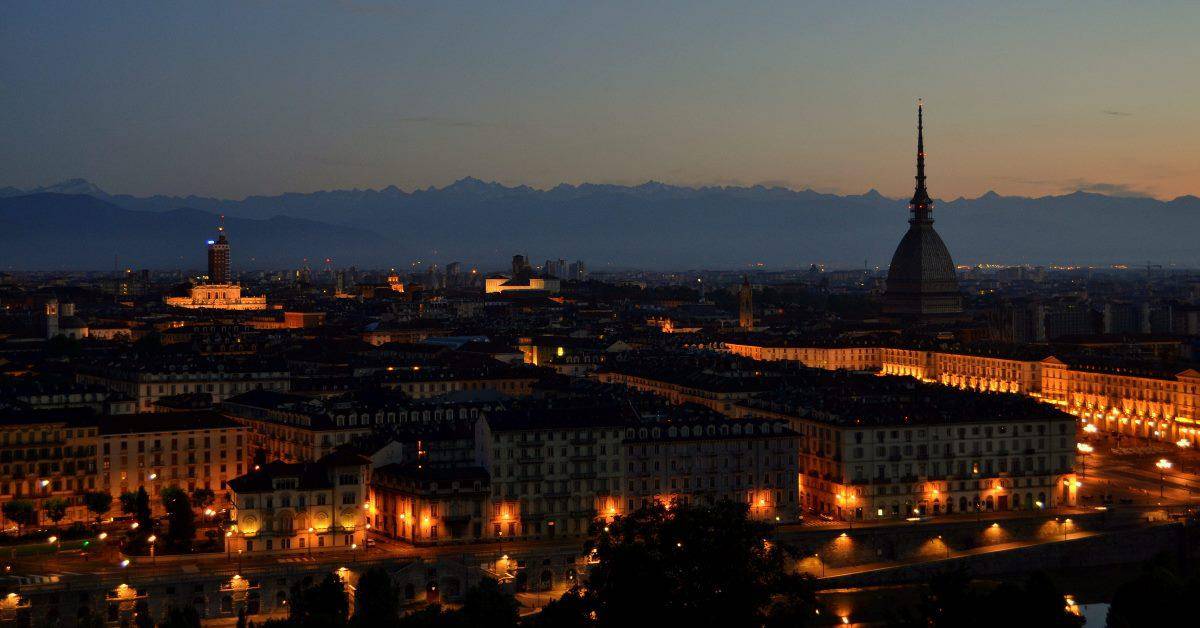 Flights to Torino from Israel – when to land and where?

The flights to Torino from Israel are usually made via Rome or other European capitals and the shortest flight time with a connection is close to 6 hours, with 3 and a half of that to Rome and another hour to Torino. The most recommended season for arriving in the city is in the months of May-June, when the weather is warm and very comfortable for walking and also the arrival to the city (which may be a bit long) is done at a pleasant temperature.

Torino’s airport is not particularly large but receives many regular domestic flights every day, mainly from Rome, which makes it the recommended connecting destination for arrival. At the same time, Milan , which is closer to Torino, may significantly shorten the arrival times for those who wish to forgo a meeting with additional road destinations.

How do you get to Torino from the airport?

Torino’s airport is located about 16 km north of the city and can be reached from there by several main routes:

Buses – leave the field every 15 minutes between 00:30 and 06:10. The duration of the trip is about 45 minutes and the cost of the trip is 7.5 euros. The tickets must be purchased from the driver.

The train line from the field is active every day with a frequency of every half hour, between the hours of 11:00 PM and 05:00 AM. The travel time is about 20 minutes and the cost is about 3 euros.

There is also a very convenient and useful urban metro, mainly for those arriving at the central stations by train or bus to the hotel or apartment . It is worth purchasing a combined “Torino Card” which gives the option of free travel on the bus and includes entry to various sites in the city and discounts to shows. The possible card lengths are 48 hours (€16), 72 hours (€18) and 5 days (€30).

The metro in the city is convenient and suitable for those who reach the central stations by bus or train to the place of accommodation.

The hikers among you will be very happy to know that due to Torino’s proximity to the famous Mont Blanc track, there is a local bus line from the city (Savda) that goes directly to the start of the route.

How do you get from Milan or Rome to Torino?

Due to the relative proximity between the two cities (which are also considered very close mentally) and due to the fact that there are direct flights to Milan from Israel, it is easy and simple to get from there to Torino and there are a variety of ways to do it. The travel time by public transport is about two and a half hours, while by car it is a journey of about an hour and a half in total. The trip from Milan to Torino is also a convenient and wonderful way to meet up close the mesmerizing landscapes of northern Italy and enrich the trip with additional adventures.

For those landing at Malpensa Airport in Milan

You can use the SADEM bus that includes a direct line from the airport to Torino at a cost of 22 euros per way. The journey takes about two hours. Another line will take you to the train station in Milan and from there you have to change trains to Torino. The cost of the trip is 33 euros and the travel time, including the transfer, is about two and a half hours.

Landers at Bergamo Airport in Milan

There is a direct bus line from Bergamo airport with a frequency of several times in the morning and evening every day. The cost of the trip is from 8 euros and the trip lasts about two and a half hours.

One of the preferred options among travelers is to travel by train. The train system in Italy is considered particularly efficient and advanced, the stations are very accessible and clearly controlled, the service is pleasant and there are even sleeping cars for those traveling to distant destinations. From Milan you can board the high-speed train (speed of nearly 300 km/h!) and reach Torino in only about an hour, at a cost of 25 euros and a frequency of one per hour. Another option is to use the suburban train (less developed but no less serviceable and pleasant) at a cost of 13 euros and a journey of about 2 hours. Also this time the frequency of the line is once an hour.

For those landing at Leonardo da Vinci Airport in Rome

Caselle Airport is also known by its other name Torino-Caselle (or: Castle Torinas) after its location in the Caselle/Castle area, about 15 km from the city. Another name for this airport is Sandro Partini after the former Italian president. This is a field A small airport that is considered the main access point for those arriving at the ski resorts and about four million passengers pass through it every year.

The service at the field is pleasant and welcoming, including a very efficient intelligence post at the exit from the field, from which you can take brochures for trips to the area and a map of the city and public transportation. You can also purchase the bus tickets to Torino as well as the return tickets for the same line. The port itself includes a three-level passenger terminal, with the business center and airport offices on the first floor, an executive lounge and very successful facilities for business class passengers. On the other levels you can enjoy restaurants and cafeterias, shops and duty free at good prices, ATMs and foreign exchange services, free internet and great accessibility for the disabled.

Since there are no direct flights from Israel to Torino, you have to land in one of the cities of Rome, Milan, Florence or Pisa, although you can reach other cities in the north relatively easily such as Verona or Venice. These four destinations include a regular set of flights from Israel, with Rome and Milan enjoying direct flights while usually the flight to Florence, Pisa or any other destination in northern Italy includes a stopover and a change of planes.

Although the direct flights to Rome can be found at very favorable prices, especially in the off-season, the cost of the trip to Torino itself must also be taken into account, which will add another 100 euros per person, depending on the mode of transportation you choose. Therefore, it is better to take a flight to Milan which is closer (about an hour and a half drive by car) and thus both shorten the arrival times and reduce the range of travel prices.

The low-cost revolution that has changed the face of the aviation world continues to affect prices and travelers to Italy enjoy discounted and attractive prices on a wide variety of dates throughout the year. Those who choose to come to Torino in the summer (June – the recommended season) will find very favorable prices (compared to other leading destinations in Italy) at low cost and at a cost of about 400-350 euros. In August, prices rise arbitrarily and are fixed at $500, sometimes a little more. The month of April brings with it the highest price increase and the cost of flights during that period reaches up to 600 dollars per ticket. In the months of January-February (ski season) you can find flights at prices of up to 500 dollars per ticket. Not very cheap.

It is recommended to use mainly the connecting flights of the companies Alitalia and El Al (connection in Rome or Milan) which maintain relatively favorable prices or the low cost company Rainier which offers particularly profitable winter flights for 270 euros on average, with a stopover in Rome. The flight without luggage. Other companies that fly to Torino in connection are Air France, Lufthansa, KLM, Brussels Airlines, Welling and other companies. Please note: the connection in these companies may also be to two different intermediate stops.

Also, the duration of the fastest route to Torino with an intermediate stop in Rome reaches 6 hours, sometimes even 6 and a half. The longer the route, the lower the flight price will be, but remember that the wait at the stopover destination may be for a very large number of hours and sometimes even a whole day.