For several decades, Italy has starred in the list of the most popular and favorite tourist destinations among travelers from Israel. As such, dozens of flights leave for it every week, most of which land at the international airport in the capital city, beautiful Rome.

Italy is much more than Rome. Although other destinations are visited by tourists from the Holy Land including Milan, Venice, and Naples, there are still several places that remain anonymous. One of these places is the magical city of Turin.

In the city, you will find the Carignano Palace, a palace built in the Baroque style and is considered one of the most special buildings in Turin and the third of the series of palaces near the central square Piazza Castello. Known for being the birthplace of Vittorio Emanuele II, king of the Kingdom of Sardinia and Piedmont in the mid-19th century.

In addition, this is also the place where the Italian Parliament of United Italy first met in 1861, and next to it is the “Museo of the Union” (Museo Risorgimento). A visit to the palace is certainly fascinating and must-see sites for history buffs.

If you are a fan of architecture, observe the building from the outside. You will notice that its facade is not similar to the fronts of similar structures from the same period because it is rounded. This makes the palace unique and stands out in the local landscape.

The palace is also considered beautiful, and it was designed in the spirit of the time and according to the taste of the nobles who lived there. Among other things, there are decorated windows, spectacularly beautiful wall paintings, and also unique plaster decorations, including those belonging to the artists Stefano Maria Legnani and Pietro Somazzi. 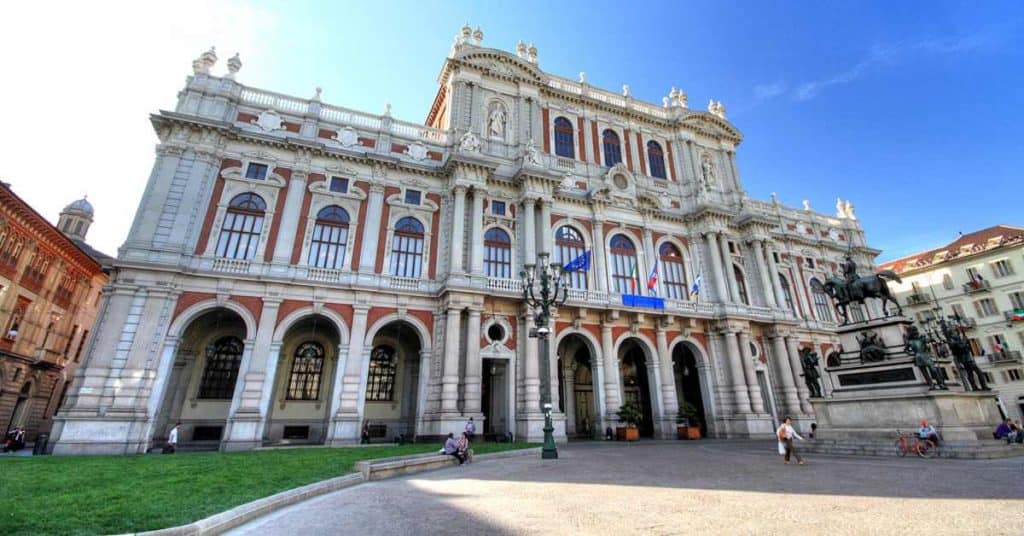