Most of the tourists from Israel who visit Italy come to visit the magical capital city, aka Rome, and many others visit the vibrant cities of Naples, Venice, Milan, and Florence, while other central places remain relatively anonymous to them. One of these places is the city of Turin, one of the largest and most central cities that offers its visitors a multitude of sites and attractions.

If you are visiting Turin and consider yourself a history buff with a special affinity for palaces and the Roman Empire, then the Palace Gate is one of the most wonderful places you should visit. It is located between the market of the palace gate and the famous square, Piazza Castello and this location made it one of the most central gates among the gates of the wall that surrounded the old city of Turin (although according to the sources there is a high probability that the gate was built before the construction of the wall).

The palace gate is actually the Roman gate which is considered to be the best preserved of its kind in the world and is an impressive testimony to the fascinating history of Turin and its Roman period. On both sides of its rise to a height of over 30 impressive watchtowers that were used in the past to monitor the passage of the population through it in addition to these towers, there are bronze columns near the gate that are a reproduction of the ancient bronze columns that stood there, on which appear Julius Caesar and Augustus Caesar.

At the beginning of the 18th century AD, massive urban renewal works began in which many buildings were destroyed while others were restored or renovated as part of the efforts to make Turin a progressive city in relation to that period. During these works, it was planned to destroy the gate, but after an intervention, important factors managed to convince the one who at that time served as the Duke of Turin and it was decided to keep the existing gate.

If you have time and want to enjoy the historical site and make the most of your time there, it is recommended to spend time touring the garden that surrounds the area, known as the “Archaeological Park”. The park was opened to the public in 2006 and in addition to the historical buildings you can find pleasant corners to sit and rest or even have a small picnic in the urban nature.

And what about the palace? Well, opinions differ as to who is that “palace” that earned the gate the honorable name. Some believe that it is the town hall of Turin (Palazzo di Città) which in the Middle Ages was used as a palace, while according to other sources it is actually the city palace of Turin which is also near the gate. 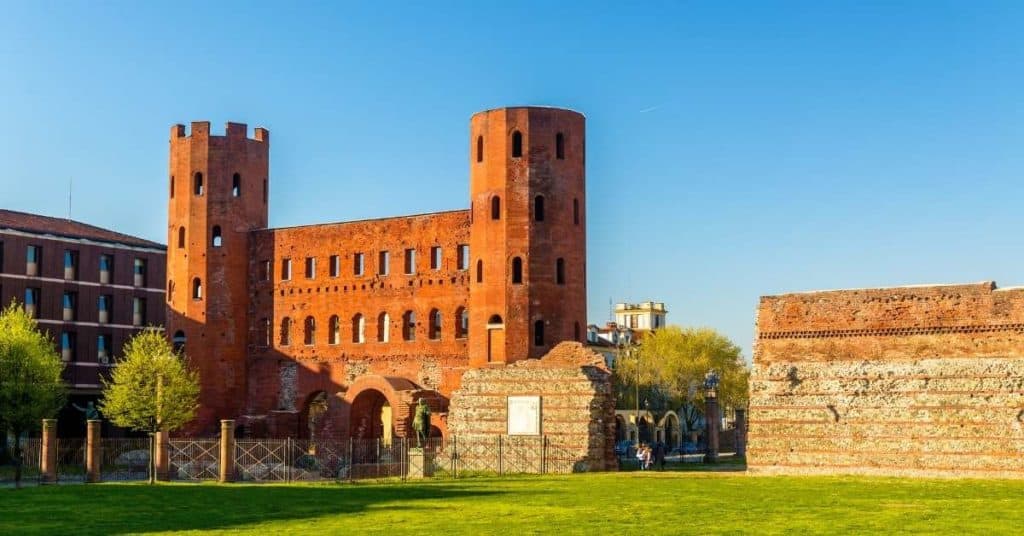