The monument of the four teachers

Monument of the Four Moors

The Four Moors Monument (Italian: Monumento dei Quattro Mori) is an important historical statue, made of marble and bronze, built to commemorate the victories of King Ferdinand I over the Ottoman Empire. This is not a typical monument, it carries with it a rich history and is definitely not “just another statue” that you will pass by on a trip.

The monument is considered the symbol of the city of Livorno and a valued work of art, and it is also located on the city’s coastline. Therefore, that monument is probably the first and most prominent thing you will notice if you arrive in Livorno by boat.

Ferdinand I is considered the founder of the city of Livorno and the great ruler in the years 1587-1609. At that time, a well-known Italian sculptor, Giovanni Bandini, built an impressive marble statue of Ferdinand, in order to commemorate the great sympathy the public acquired for him.

In 1626 four figures made of bronze were added at the foot of the marble statue. The characters are incredibly realistic and made in a detailed and precise way. They all have humiliated faces and their hands are tied behind their backs and are therefore considered by many to be prisoners. Although these four prisoners were meant to symbolize the victory over the Ottomans, they received different interpretations over the years, the most prominent of which is a representation of the suffering of the black population from the slave trade – one of the favorite occupations of that king.

The famous statue survived natural disasters, many wars, and different governments. An interesting historical detail is that until 1799 the statue was decorated with military symbols, awards, and honorary decorations. Napoleon’s army soldiers who invaded the city at that time took the decorations with them and since then no one knows anything about their whereabouts.

Another endocata is a mystical myth that many visitors follow. According to belief, if you can look with a gaze that captures all four noses of the bronze prisoners, you will have good luck. The municipality of Livorno took the matter seriously and placed a stone stand to help you succeed in the task. 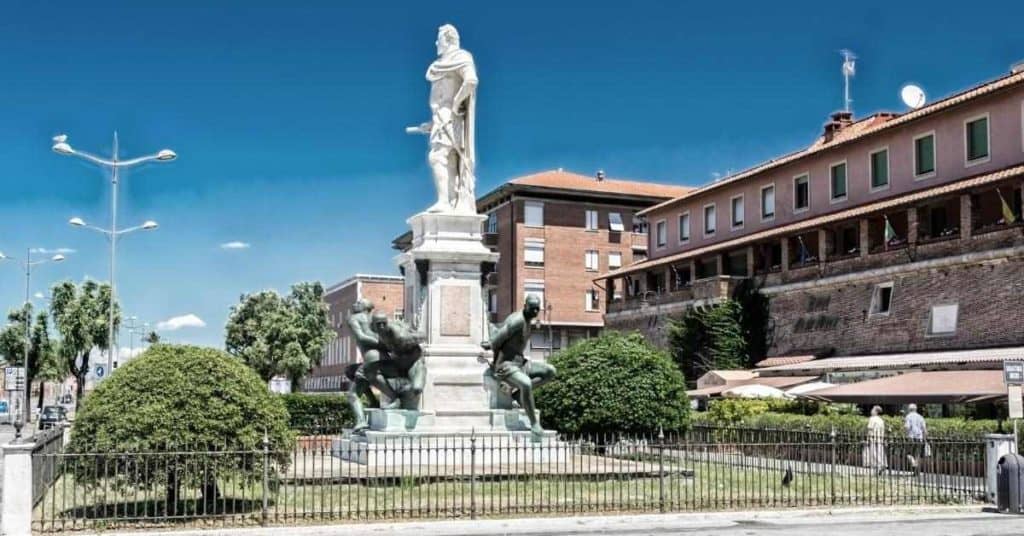