Italy has everything in abundance. It doesn’t matter if you’re a history buff or prefer to spend your time wildly shopping – you won’t be disappointed. However, Italy is best known for its great attractions, where there are also quite a few annual events that have become famous and attract tourists as well as locals.

Among the most colorful events, you will find the Palio Festival of Siena, aka the traditional horse race of the city which has been held there twice a year (at the beginning of July and mid-August) since the Renaissance. The Palio Festival of Siena held in the month of July is dedicated to the Madonna of Forenzano, while the festival held in the month of August is dedicated to the Feast of the Assumption of Mary.

The festival events are traditionally held around the famous historical square of the city – Piazza del Campo – and ten horses take part in them, representing the different historical districts of the city (17 in total), while the 7 districts that are not participating in the August event took part in the first event and in addition to them, 3 districts from the first event are participating, according to a lottery.

Historically, the festival began somewhere in the middle of the 17th century AD as a one-year event and included only the July race. After about 50 years, at the beginning of the 18th century AD, he joined the August festival celebrations and from then until today it is a biennial event held in the summer months which are also the peak of the city’s tourism season.

Due to the central location of the festival and the representation of the various regions, the festival has become one of the most lively events in the city and is visited by locals as well as tourists, so if you are visiting the Siena area during the days when the festival was held, this is a must stop. In addition, in light of the many years of history behind the colorful event, a museum located in each of the districts is also dedicated to him, where the achievements of the district are presented.

In order not to be completely clueless, here are the rules of the race in a nutshell: ten horses on which are mounted ten horsemen without saddles, for each of the districts it represents, and a corresponding flag. With the opening shot, the race begins in which the horses have to circle the square 3 times and the horse that did it in the shortest time is determined to be the winner, even if (note: plot twist) his rider falls from him during the laps.

On the face of it – it is good to fall off the horse and thereby take the considerable weight off it and help it gallop lightly towards victory, but this is not entirely accurate (another twist in the plot) – such a horse may indeed beat its competitors, but in this case, the rider who fell will not receive the winning amount. And who is the loser? You will be surprised to hear that the losing horse is actually the horse that actually “won” second place. 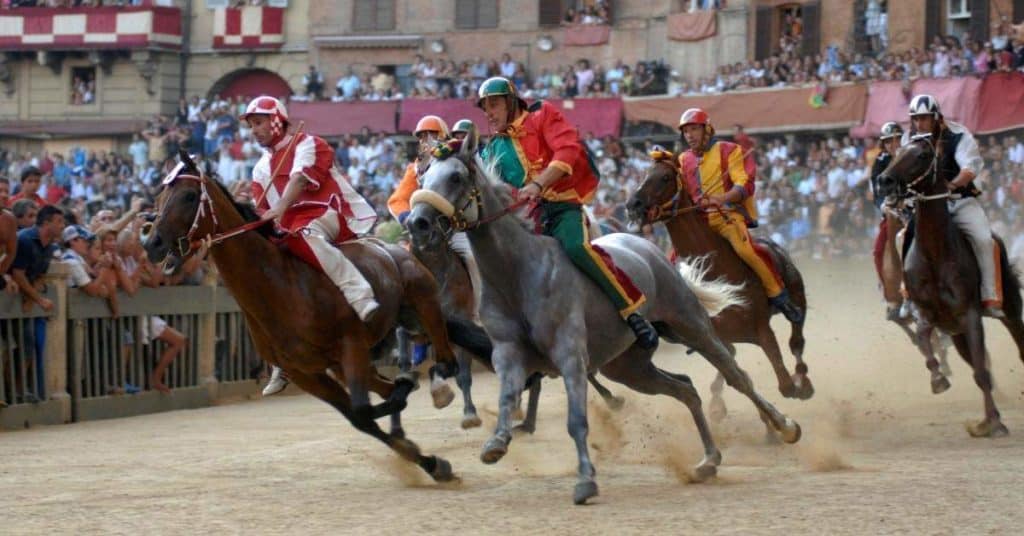