Among the favorite places for visitors to Italy is the beautiful Tuscany region, where the town of Fienza is considered one of the most magical places in it. The town is best known for being where Pope Pius II came from and is a great place to visit for history and architecture buffs. Among the most prominent elements in it can be seen those drawn from the Renaissance, which gave the area recognized as a world heritage site.

The town’s historic sites attract crowds of visitors every year, placing the traditional town as a center of interest. But in addition to its many historical sites, its location also makes it attractive to many visitors – it lies at a height of over 600 meters above sea level, on a mountain peak that overlooks the valley of Val d’Orcia. whose scenery is among the most beautiful in Italy and Europe as a whole.

Historically, the town began its journey as a traditional village where, as mentioned, the one who later became the Pope was born and thanks to this appointment, the village underwent extensive renovation and rebuilding works and these turned it into a Renaissance town that stands in place to this day. These works began during the middle of the 15th century AD and lasted for about 3 years.

Among the main sites in the city, it is recommended to first visit Pius II Square, which earned the city recognition as a world heritage site, and from there continue to the nearby sites including the City Hall, the Bishop’s Palace, and the Amanti Palace, the famous City Square (the Duomo) and more. All of them have spectacular design elements in accordance with the spirit of the era in which they were built and happily, they have been well preserved over the years and allow visitors a glimpse into the magical days of the past and the complex history of the area.

The Val d’Orche, is the region of the country seen from the top of the mountain on which the town is located. A land that forms a geographical buffer between the different regions bordering it and a cultural land as well. Its name was given to it after the river that flows through it, the Orcha River, and it appears in sources as early as the Early Stone Age when the first settlement there dates back to the 10th century BC.

Culturally, the valley has become a popular tourist center that attracts many visitors, including locals, thanks to the natural and cultural artistic park established there (Parco artistico, naturale e culturale della Val d’Orcia). This park is an example of a harmonious combination between the lives of humans and the nature around them. 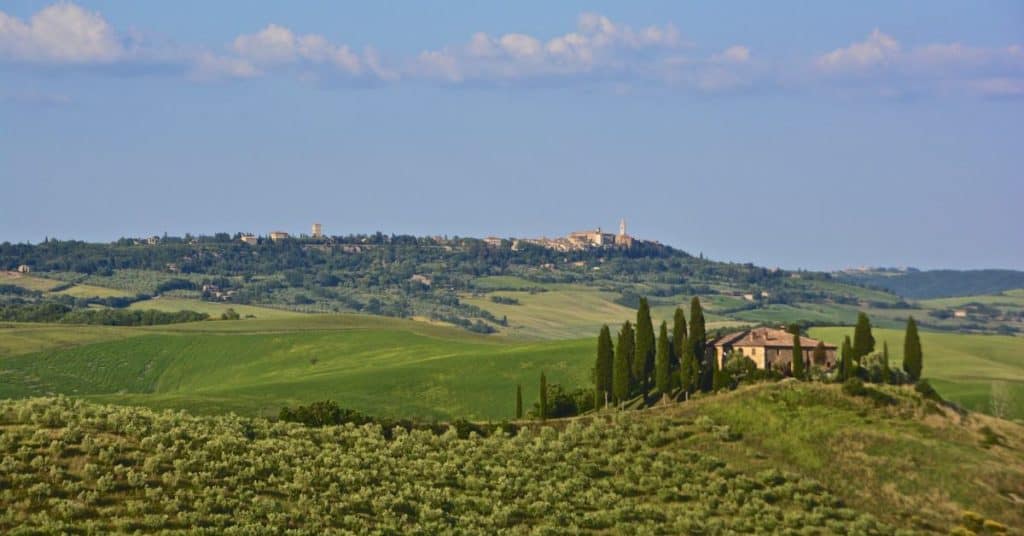