Mexeni Lookout is a huge promenade that stretches along the coastline of Livorno, one of the most prominent port towns in the province of Tuscany. The place is on the south side of the historic center of the city, near cafes, restaurants, and other tourist attractions such as the large aquarium, the Fattori Museum, the San Jacopo Church, and more.

The Makseny observation deck is actually a kind of long, square terrace with a minimalist design – a checkered floor like a chessboard and of course a panoramic view of the Mediterranean Sea, which is considered one of the most beautiful in the district. Many consider the place to be a special work of art and the most impressive site in the city, so if you are in the area it is a must destination on your checklist.

The place is beautiful at all hours of the day, but especially if you arrive at sunset, then you will be rewarded with a calm and pastoral atmosphere, a pleasant breeze, and taking photos that look like they were taken from a romantic postcard.

The Maxeni Observatory was first built in the 20s of the last century, by a local leader of the fascist movement, and was then named after him – Terrazza Ciano. During World War II the terrace was completely destroyed. Several years later, in the 1950s, it was rebuilt. In the same configuration as the original, but this time bigger. Since then it has been named after a local opera composer – Pietro Magascani. Another renovation of the place took place very recently, in the 90s.

Beyond the beauty of the place, the stroll along the boardwalk is interesting and includes viewing magnificent gardens, historical buildings, and even a special stone canopy known as a site for marriage proposals and wedding photographs (near the famous Palazzo Hotel).

In addition, the place is used from time to time as a site for social events. The most prominent of them is the local boat race held once a year – Palio Marinaro when the promenade becomes packed with visitors to the limit.

The terrace is 2-3 kilometers from the city center, so you can walk to the place. A more interesting option is to take a cruise to the place (which will include other points of interest in the area). Another option is to arrive by public transport: Hop-On-Hop-Off bus or line number 1. 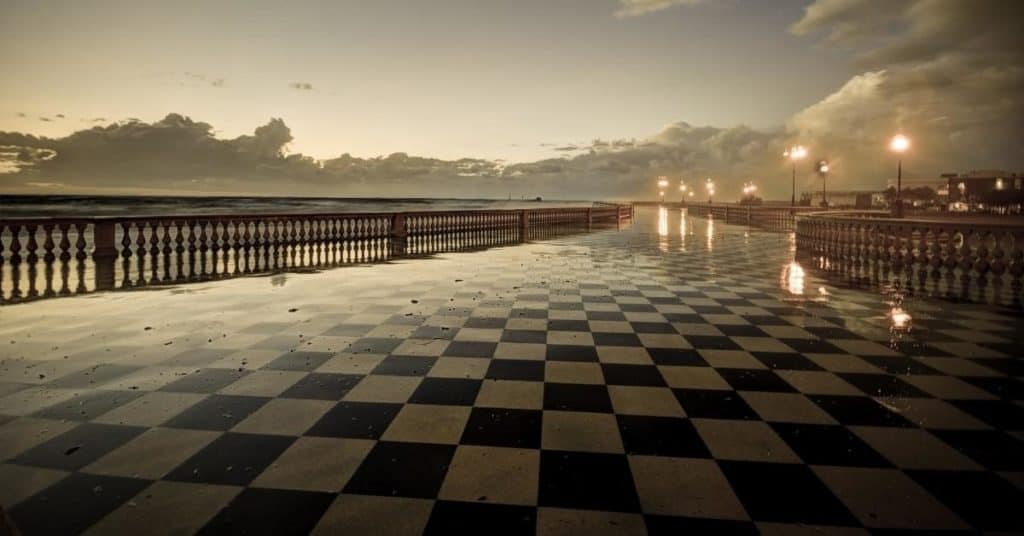 Promenade with an observation deck