The beautiful region of Tuscany in Italy invites almost limitless adventures and interest: the extraordinary landscapes and open spaces; Villages that have preserved an ancient appearance next to an urban foreground; Exciting cuisine and of course a long list of attractions. Tuscany is considered one of the most popular and romantic travel destinations in the world and if you are looking for an adventurous and interesting destination with a “taste” of a wide variety of places, sites and regions, here is everything you need to know about flights to Tuscany. 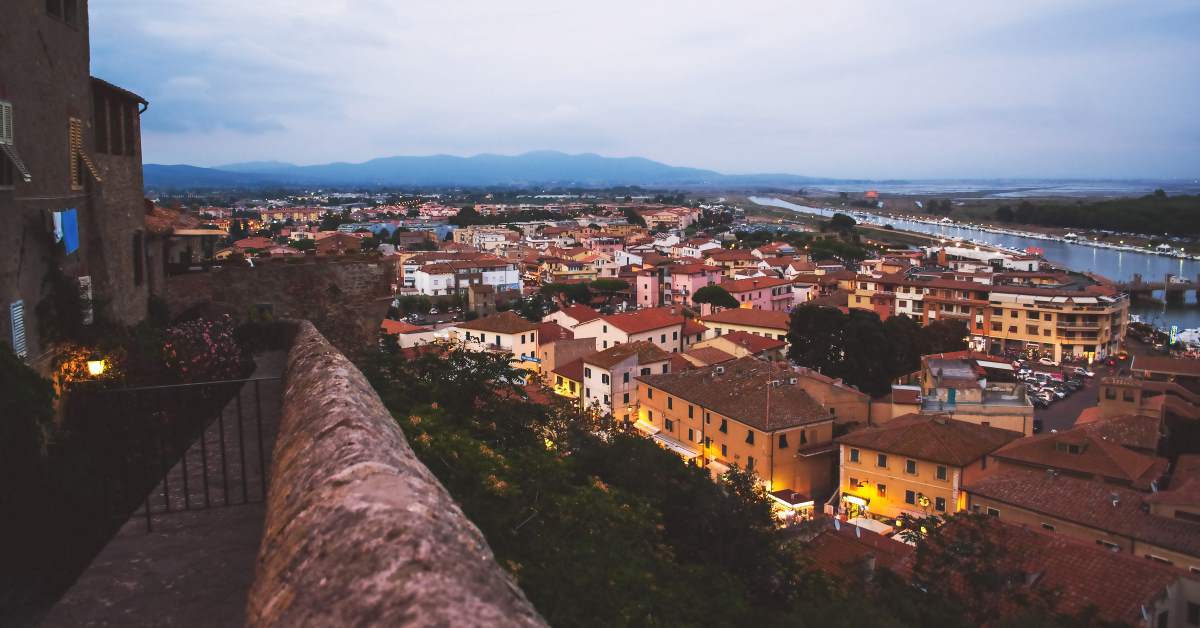 Where should you land in Tuscany?

The road to Tuscany is possible by plane, car or train. Although Italy’s train system is highly developed and efficient, in order to travel through the beautiful countryside and reach even the most remote and magical corners, you should land in one of the Tuscan cities (with a high preference for Florence) and rent a car there.

Since many flights to Italy are made through connections in any case, your landing in the land of the boot can also be outside of Tuscany itself, in Rome or Milan, which enjoy an active flight system of about 30 weekly flights from Israel and thus actually maintain high availability along with a low price. From these destinations you can make a connecting flight to Florence, Pisa, Bologna, Verona, Venice or any other destination you want (as long as it has an airport of course). Those who are already interested in starting the trip and “feeling” the place, can rent a car already in Rome or Milan and set off from there (the trip from Milan, which is closer, takes almost four hours, depending on the final destination).

During the tourist season – June to October – charters operate from Israel to the airports in Florence and Pisa, the two main cities in the Tuscany region. These destinations are the most popular for those who want to travel in Tuscany, and most travelers do end up there. When there are no regular flights at times convenient for you, you can also take a domestic flight from Rome or Milan.

The largest airport in Tuscany is Galileo Galilei International Airport in Pisa. Large and important flights from many destinations in the world land and take off here, but direct flights from Israel almost never reach it. Therefore, it is recommended to arrive by charter flight via Milan (4 hours flight) or Rome (3 and a half hours flight), or use the services of the various low-cost airlines that will land you for a stopover in one of the other European capitals. The more the intermediate stop is outside of Italy and the longer the waiting time for the connection, the cheaper the price will be. On the other hand, those of you who don’t want to waste time on Paris, Bern or Munich for example, will probably prefer a connection via Rome or Milan to Galileo airport.

The airport is considered advanced and very comfortable, which includes many services for the passengers, and is distant from the city of Pisa itself, about 10-15 minutes drive. To get from the airport to the city, you can get on the bus line that is outside the passenger hall and leaves once every ten minutes. The cost of the trip is 1.10 euros. In addition, you can use the PisaMover fast train line that leaves once every few minutes. It is active between 00:00 and 06:00 and is located about forty meters from the terminal. You can also take a CO.TA.PI cooperative taxi that operates 24/7 and is right in front of the terminal exit. The cost of the trip is 10 euros.

At the airport itself you can enjoy a large and developed shopping complex (La Corte) which includes about 20 shops as well as duty free shops for passengers from outside Europe (that is, those returning to Israel). On the ground floor you have at your disposal pubs and cafes, restaurants, port offices, a first aid station, children’s play areas, a pharmacy and even a hairdresser. In addition, the airport excels in its high accessibility for the disabled and has many elevators, ramps, TDD devices for the hearing impaired, secure parking and pre-flight service (the airline must be notified in advance).

The second largest airport in Tuscany is Peretola, which is still identified by its former name – Amergio Vespucci Airport. There are almost no direct and regular flights here either from Israel and it is necessary to fly with a connection to another Italian city or to another capital in Europe. At the same time, there is an equally good (although less well-known) way to get on a direct flight to Florence – the Spanish company Vueling operates a weekly flight (sometimes more during the season) from Tbilisi to Florence under low-cost conditions. On some dates the flight is direct and on others there is a stopover in Barcelona ( a route of approximately 7 and a half hours) and the prices are particularly attractive.

From the airport to the city of Florence (about a ten minute drive) there are several ways of getting there: a taxi at a cost of 20 euros plus 1 euro per suitcase (rate for 2 nights, holidays and Sundays: 2-3 additional euros); Bus – line 66 with a journey of about 25 minutes and a frequency of one and a half hours, which operates between the hours of 00:00 and 05:00 and reaches the central station in the city; Private transportation for groups at a cost of 13 euros and by reservation through the transportation companies in the field; Car rental, in which it must be taken into account that access to the city center by private car for tourists is limited.

The airport is not very big but very friendly to those flying in and out and easy to get to. The field includes free WIFI services, charging areas, storage of belongings, ATMs, a modest but meticulous variety of restaurants and cafes, diverse duty free shops and full accessibility for the disabled. In addition, edit the field to submit additional assistance if necessary and contact the airline for this.

The airlines that fly to Tuscany from Israel

All European airlines land at the airports in Florence, Pisa, Rome and Milan, including the low-cost airlines and the Israeli airlines. Among the flights and returns to these destinations you can find El Al, Israir, Lufthansa, Air Berlin, British Airways, Air Bulgaria, Swiss Air, Aegean Airways, Turkish Airlines, Ryanair (low cost), EasyJet (low cost), Wizz Air ( low cost) and, of course, the international Italian airline Alitalia, which operates between Israel and Tel Aviv a set of flights that includes 3-4 flights every day on a variety of low-cost routes with short connections (about an hour and a half to two hours waiting at the airport) from Milan or Rome.

Tuscany is ideal for trips mainly in May-June and September-October, although July-August is considered the peak of the season and in which the area is lively and full of life. Despite this, it is possible to gain quite a bit of interest throughout the months of the year: in May-June the music and theater festival takes place in Florence, in July-August the Palio festival in Siena, in February-March the Florence Carnival and of course the festive mask festival held every February in Venice.

Accordingly, the prices rise and fall according to the demand, so it is highly recommended to mainly use the low-cost flights, which significantly reduce the prices of the flights and provide a wide range of affordable prices for every pocket. Prices for low-cost flights to Tuscany in the “off-season” range from $250 to $400 per person for a round-trip ticket, but can also be lower as it is the height of winter. It is important to know that a significant price increase even in the low-cost companies occurred in the week of Christmas and New Year (12.25-1.1), so that the prices are on average 500 dollars for a single ticket. If you travel in the months of April-May, the price of the ticket will climb to 500-600 dollars. Therefore, it is advisable to book the flight in advance and show flexibility in the dates as much as it is possible for you. 90 minute bookers will always get the best floor prices (usually under $90 for a round trip ticket).

Since a trip to Tuscany in most cases includes reaching several different destinations, you will have to pass through several central points to the first accommodation. Therefore, assuming you are flying on a connection to a destination in another European capital and from there to one of the airports in Tuscany, it is likely that the time it will take you to reach your destination will be 10-16 hours. Therefore, it is recommended to look for connecting flights that land in Rome or Milan and from which continue to Pisa or Florence. You can also use the airports in Rome and Milan as a destination for a direct flight from which to rent a car or use the train to earn a trip in front of the landscape.

There is a “secret” option for those who are still interested in arriving by direct flight from Israel to Florence, but it is rare and you have to follow the few dates on which it is offered. It is about the Spanish Welling company that operates a direct flight from Israel to Florence at several times a year, but the rest of the time the flight is made with a connection through Barcelona. However, the prices of this flight, both direct and connecting, were found to be particularly cheap, especially for those who choose to fly in the peak season and want to get the lowest price.