The area around St. Mark’s Square is full of Venetian and Italian treasures, and the Doge’s Palace is one of the most important ones. When Napoleon came to power in the 18th century, the Doge lost control. However, this beautiful building continued to be used by the city government and, most importantly, to be one of the symbols of Venice, a tourist attraction, and an essential part of the city’s landscape. It’s not a stretch to say that this is one of the most well-known buildings on the whole continent.

The palace’s building was finished in the 1400s, but it didn’t get its Gothic style until the 1600s. It was fixed up after a fire did a lot of damage. During the time it was the Duke’s home. It also held the city offices, the courthouse, the senate, and even the city jail. The prison and the court are connected by a bridge called the “Bridge of Sighs.” It got its name from the sounds the prisoners made as they were taken from the court to the prison.

In the end, the Doge’s Palace only lived on a small part of the second floor. Since the Doge’s power was limited by a council of city members. The title was not passed down from parent to child. The way the building was set up showed who was in charge.

You should look outside the palace when you get to this exciting place. Step back and look at all the little things that make this building a great piece of architecture. There are statues and columns all over it that you shouldn’t miss.

It is strongly suggested that you go inside the palace. First of all, the magnificent home of the Duke is a great place to learn about how the rich and powerful used to live. There are sculptures and artifacts all over the place that tell the story of Venice. The art and paintings are unique because they were all made and painted especially for the Duke’s palace. In other courts, the ruler’s art collection was brought there.

If you have time, you should buy a ticket that includes a tour of the palace’s hidden parts, like the prison and torture chambers, which also tell the story of that time in their way.

One basic ticket costs 25 euros. Children ages 6 to 14, students ages 15 to 25, and people over 65 will pay 13 euros per person instead of the total price. A ticket gives you a tour of the palace’s hidden rooms and a key that lets you go to other museums in the area. Prices start at 35 euros and go up from there. 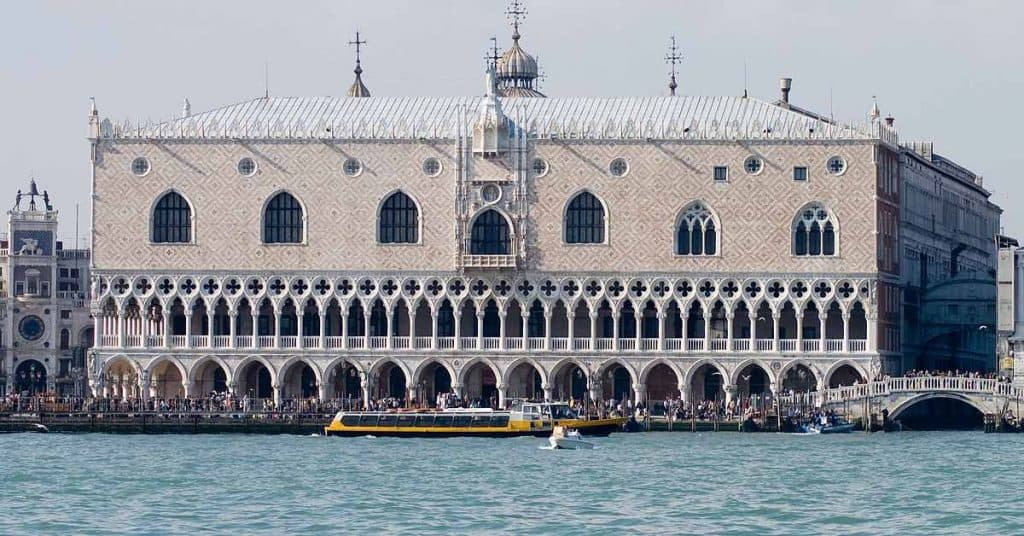