Is there anything more romantic than Verona? The famous balcony of Romeo and Juliet , horse-drawn carriages welcoming tourists throughout the city, fountains, buildings from the Roman era, special museums, fine restaurants and of course the well- known arena – all make the city of Verona in the Tuscan region one of the most attractive and mesmerizing destinations in Italy. “Little Rome” is considered a very calm and pleasant city for trips, has dreamy views and is very worthwhile for an overnight stay or a day trip of several hours, before continuing on your way to other destinations in Tuscany , skiing in the Dolomites or vacationing on Lake Garda . 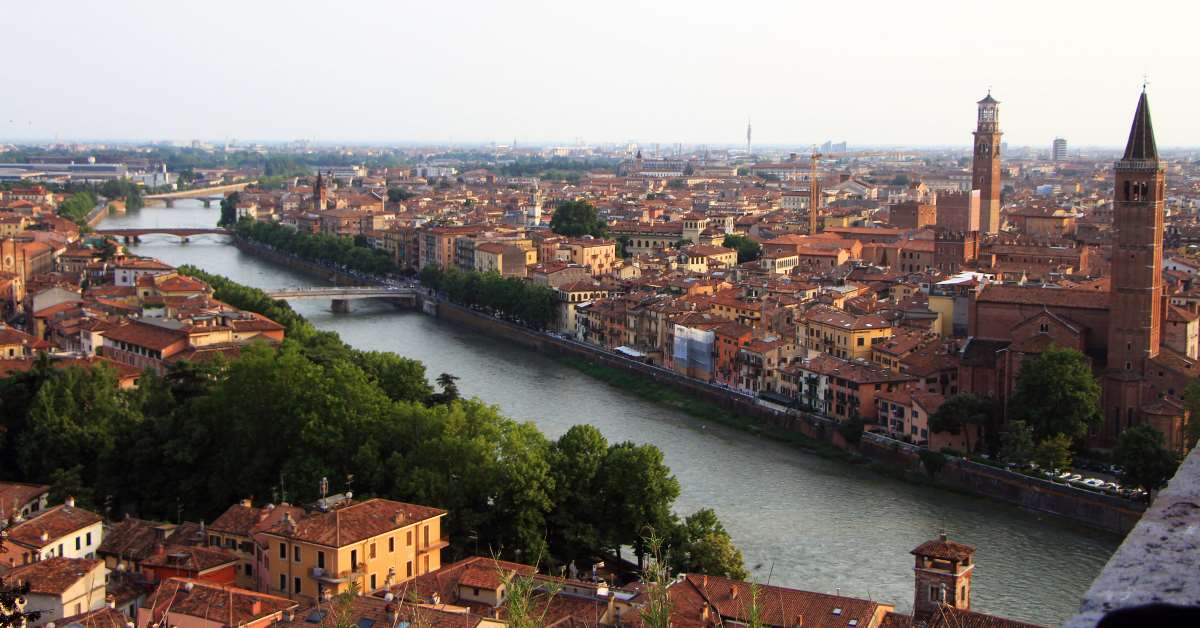 The airport of Verona (Aeroporto di Verona – Valerio Catullo Villafranca) is about 10 km from the city center (up to half an hour’s drive at most) and includes a modern and very comfortable terminal that accommodates over three million passengers from all continents of the world every year. The field is named after Grios Valerius Cattola – one of the greatest Italian poets in antiquity and a native of the city of Verona. The port is ranked 15th in the ranking of the busiest airports in Italy (out of about a hundred different airports in the country) and offers 11,000 square meters of duty-free shops, restaurants, cafes, airport services” h, parents’ rooms, first aid center, free WI-FI, business lounge open to all passengers (at a cost of 20 euros per adult) and friendly service.

Verona is considered a very convenient destination for going on trips to other destinations and therefore it is possible to reach it also for a short trip of one or two days and continue on, or to go on daily trips to the nearby sites. Getting from Verona to Lake Garda is half an hour by car, Venice about an hour and twenty, Bologna an hour and forty and Milan an hour and fifty minutes away. The road passes through the mesmerizing landscapes of Tuscany and the developed and fast highways that Italy is very well known for.

How do you get to Verona from the airport?

All the ways to get to Verona are very simple and pleasant, but you should be aware of them in advance in order to prepare accordingly:

The ATV bus company operates a blue-white bus line that reaches the central railway station of Verona – Porto Nuovo. The line’s operating hours are 23:35-06:35 and it departs every 20 minutes. There are changes in the schedule during the week of Christmas and New Year’s (between 25.12 and 1.1), and this week it is active between 11:50 p.m. and 5:40 a.m. but the frequency is every 40 minutes. There is also a regular shuttle to the ski resorts in the area during the winter months.

The cost of the bus ride is 6 euros, when the ticket is valid for 75 minutes. Getting to the city from the airport takes about 20 minutes and you can use the remaining time to travel on another line to one of the destinations in the city.

Another option for those interested in delaying arrival at the hotel immediately after landing is to take a bus to the Verona train station and from there easily reach the city center.

The shuttles from the airport are considered an economical option with a fixed schedule without changes and a low and attractive cost of 5 euros. The times of the shuttles are: 07:30, 12:00, 15:30, 20:30 and the duration of the trip is about 45 minutes.

On the assumption that you flew with luggage, the taxi is considered the fastest and most convenient solution of all, although not particularly cheap and one that also requires you to know and familiarize yourself with some important points in advance:

The taxi parking lot is waiting for you immediately upon exiting the terminal, where the drivers and ushers are located. Note that most of them do not speak good English, which may make communication (and perhaps also bargaining) difficult.

The drivers tend to raise the price for tourists by a few extra euros, or surprise you with an additional fee for standing in traffic jams. Also, if you ordered a taxi in advance via the Internet (an excellent option for those interested) and your flight was delayed, the driver may charge for that as well.

By ordering a taxi in advance, you can determine your travel destinations as well as update on the final landing time or update if there is a delay. The online booking will give you the option to add safety seats for children, request a vehicle with a large trunk and expect a driver to wait for you with a sign with your name on it at the exit of the baggage collection area.

As in all airports in Italy, in Verona you can rent a car from several rental companies right at the airport. Here, too, it is advisable to book in advance in order to avoid high costs, a limited inventory of vehicles (a very common thing in the peak season) and also from common tourist traps such as the lack of information that there is a daily mileage limit or regarding the insurance conditions.

There is another option for those arriving and landing at the Venice airport (Marco Polo), through which you can catch the train out of the north from the east, passing through Venice and Mestra and from there continuing to Verona. The journey from the airport to the city is about an hour and a quarter.

When and how is the cheapest to fly to Verona?

The lively airport in the city receives a large number of domestic flights and international flights every day from the destinations Rome , Palermo, Naples , Catania, Olivia, Cologne, Munich, London, Amsterdam, Warsaw, Brussels, St. Petersburg and more. If you take a look at the landing schedule of the airport in Verona, you will find that on average every 3 minutes there is a landing. This means that there is a very wide variety of flights, with the low cost flights at the top, which have become the most popular method to reach Northern Italy and Verona in particular.

There are no direct flights from Israel to Verona, so the arrival is via a connection that includes landing and waiting at another destination. The connection naturally lowers the prices and as long as the flight is made through one of the low cost companies, the prices continue to drop. The most active low-cost companies on this route are: Ryanair, Wizz Air, EasyJet, Welling, Aeroflot, as well as the well-known airlines El Al, Israir and Alitalia.

Low-cost flights to Verona will indeed require you to make certain compromises regarding the flight, but will give you significant financial savings that will allow you to make the most of all the entertainment in the city! There will usually be one or two stopovers in cities such as Prague, Istanbul, Moscow, Paris, Rome or Bucharest. While the average for flights in the popular season is 425 dollars, the prices of low-cost flights will reach 300 dollars and below.

Although the summer months (June to October) are considered the most recommended and expensive season of all, many travelers in Israel and around the world have already realized that flying to Verona at the end of the season can significantly reduce prices. Because of this, October prices jumped significantly when this month became the most recommended for travelers and the prices in it also reach 600 dollars for a single ticket. Flying with El Al during this period will cost about $900, which in any case requires a connecting flight from Rome.

The fastest route to the city is the one that includes a connection in Rome and is about six and a half hours long from Israel. As the waiting time at the stopover destination increases, the prices continue to drop and in addition allow you to enjoy another favorite tourist destination.

For reaching Tuscany in general, the Italian airline Alitalia is considered one of the most outstanding and attractive. The company offers cheap low-cost flights to Verona (although it is not a low-cost company by definition) with a connection in Rome and a very high frequency of daily flights, which keeps waiting times very short. Prices vary throughout the months of the year and start at $220. Also, the company’s flexibility in the different types of cards (Economy ligt/ Flex/ Classic) in relation to its honor and the cancellation of fees makes it particularly attractive. You should compare prices before booking on the various websites and the spontaneous among you will benefit from particularly discounted costs of the 90 minute flights.