The Arena of Verona is an impressive and enormous Roman amphitheater and the third largest worldwide today. The Arena of Verona was established in 30 AD and, like the Colosseum in Rome, it was also used in the past for gladiator fights, human hunting games, and circuses. Today, the arena serves as the main stage its exceptional acoustics concerts, live performances, and spectacular operas are held there. Every summer, the Verona Opera Festival is held and is one of Europe’s largest and most important summer events of the year.

The history of Verona’s arena is just as fascinating as today’s events. It was used for several centuries for barbarian battles until it was outlawed. In the Middle Ages, after a severe earthquake severely damaged its exterior, it was used as a dump and a place to stay for the poor of Verona. In the 16th century, the arena underwent an extensive renovation, and in the 17th-century entertainment and theater performances began to be staged there. In 1913, Verdi’s opera “Aida” was staged there for the first time, the performance of which has become an annual tradition that now attracts tens of thousands of people yearly.

The Arena of Verona has 22,000 seats and currently hosts cultural shows, concerts, and operas, which are highly recommended to visit if you are already in Verona. A fantastic experience guaranteed!

You can also visit the arena and learn about its special history. The arena is open to the public from morning until 7:30 pm (ticket offices close an hour before) except Monday. Entrance ticket price: 10 euros per person, students or large groups over 15 people – 7.5 euros per person, children up to the age of 7 enter free of charge. Ages 8-14 – 1 euro.

The area around the arena is full of excellent restaurants and friendly cafes that are very pleasant to sit in and soak up the historical atmosphere of old Verona. Spend a few minutes strolling through the adjacent Piazza Bra, the largest and most impressive square in Verona, or Via Mazzini, the prestigious shopping avenue where you will find the most famous Italian super brands and designer item at a bargain price. 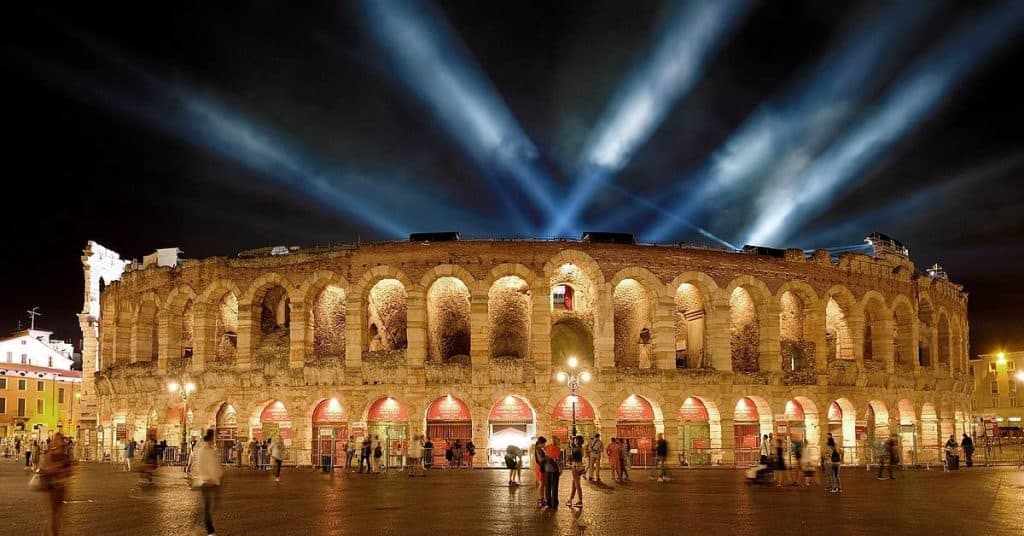 A prestigious designer avenue located in the heart of the old city and connecting the market square and Bera square.

An ancient square where meetings were held and trade took place. In the square, there are important buildings, historical monuments and more.